Earlier I wrote about something we are finding in our Leadership data and multiple research projects within companies. It's a function of the recession and, I think, the growing "chatter" about employee engagement and worry about survey scores.

John works for Michelle. Michelle's bonus is partly based on her employee engagement survey scores. All year Michelle has been working hard to show employees that she cares about them, their careers, and all the things that are in the survey. Michelle wants her scores to go up so she can get a salary increase. Also, Michelle truly wants to be a good leader.

Chapter 2 ... John's coworker is laid off

Well, after all those sincere talks about how much the organization cares about employees, the firm lost a major client, and John's coworker was laid off. Not only is he let go, but there's no one to take on the work he was doing other than John. Now John is doing the job of two people. Of course, given the financial crisis, there is no extra money for John; he just has to work more for the same amount of money.

John is working late nights. His wife and kids are getting very irritated with John because he's not around much, and they have to cancel their annual vacation because John can't take time off.

John thinks Michelle let him down. All year she talked about how important the employees were to the company. She made him feel more valued by the firm than he has in ages. So why can't she protect John? Why couldn't she fight for him and his coworker?

John sits back and realizes the engaged worker is engaged in just working harder and taking on longer hours. His manager really never could do anything to help. The last year of being all "ra ra" was for nothing. They are just trying to get him to work harder, and that's it.

After John thinks about it a bit, he realizes that maybe Michelle is not to blame. It's those evil leaders; it's those people making all the big decisions who never really get to know the workers. The leaders of the firms let everyone down, John, his coworkers and Michelle.

Chapter 7 ... Michelle wants to know what to do

Michelle has to become a different type of leader. She realizes that worrying about increasing survey scores and making people feel satisfied and happy really didn't do her any favors. She needs to focus on performance and keep the communication lines open between her and her employees. And she needs to demand the same thing from her bosses.

To reduce manager letdown syndrome, Michelle has to quit being so nice and stop worrying about her survey scores. The less employees expect of her, the less they will be let down.

But Michelle wants to be a great managers. She knows the survey scores are used as one measure of her ability as a leader. To improve her survey scores up, Michelle has to be more caring and well "nicer." But if she goes the nice manager route, and something bad happens again, her people will be even more let down.

What should she do?

Chapter 9 ... Leadership is about performance

Michelle went off to a leadership development program, and she got 3 tips that helped her solve the dilemma.

1. Focus on performance. Employees who develop skills and perform well can survive tough times and do well in their current jobs or elsewhere if needed. The survey really did not have performance in it, so she has to focus on what matters, performance. She has to talk to her leaders and explain her strategy.

2. Michelle learned how to be more persistent about getting information from her peers and leaders. She found ways to get the information that she then could share with her employees. She learned that communicating the facts (vs. just being nice) had a very positive effect on productivity and performance in her group.

The recession is over. Michelle was promoted and is now the Chief Learning Officer. John decided to leave and pursue his Ph.D. in macro economics because he wanted to understand more about the recession. Michelle's daughter went on to law school and became an employment lawyer, defending the rights of people who were laid off (she was dating John's coworker and was inspired by his plight). John's wife decided to start her own company, and she became a consultant teaching people about manager letdown syndrome. Michelle's boss quit and decided to get into show business; he has a new idea for a reality TV show.
By Theresa M. Welbourne at June 22, 2010 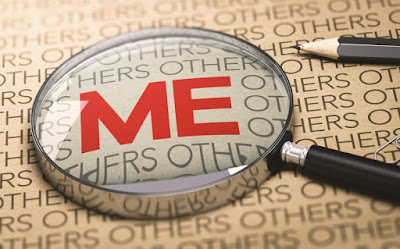